Gary E. and Austin M. were excellent birders and good friends for years and the day was really enjoyable! We started very early from the central parts of the island for the Kruper’s Nuthatch and then headed West for the other island’s specialties.

You can find out more (species and photos) at Austin’s blog: 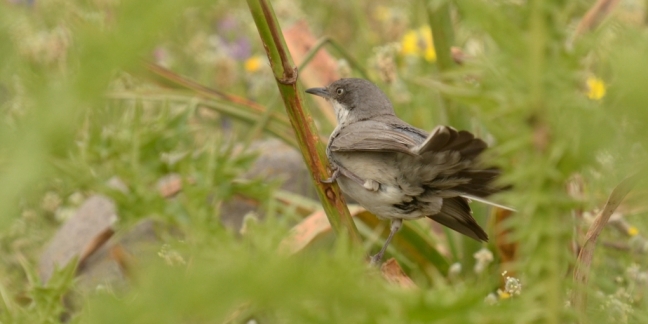 Our meeting point was Eressos village and DonM. and I had only a few morning hours available for our birding. Nevertheless, we had a great birding morning!

The great views of nest providing and singing Cinereous and Cretzschmar’s Bunting and Rock Nuthatch would be just enough for us but we got even more: a female Orphean Warbler providing its 3 recently fledged chicks, Black-headed Bunting, Bee-eaters, Eleonora’s Falcon, Crag Martin, Ruddy Shelduck, Long-legged Buzzard!

A lovely day in the West with Yon and Chara H. from Holland. A slow but very productive birding mostly by walking around Sigri and Eressos villages. Interesting birds we had together were: Cinereous, Cretzschmar’s and Black-headed Bunting, Isabelline and Black-eared Wheatears, Rock Sparrow, Bee-eaters at a nesting site, Golden Orioles (more than 25!), Masked and Woodchat Shrikes, Lesser Kestrel, etc. 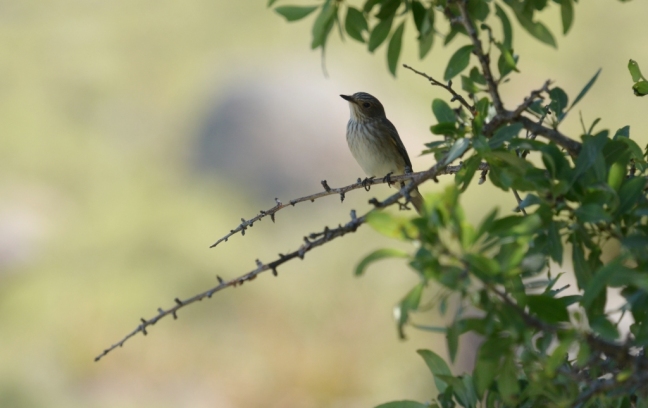 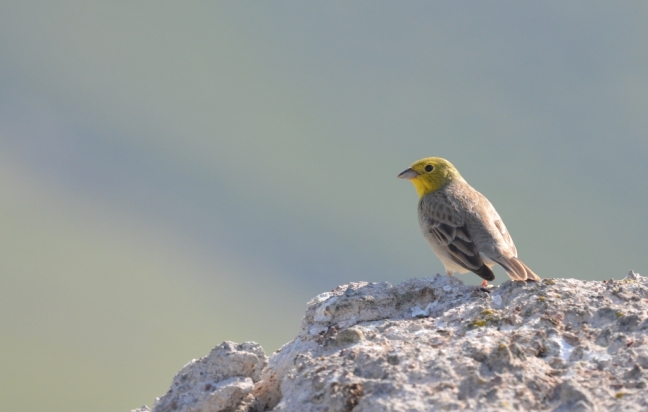 Hanna and Emil, South African birders, had a full-day trip around the island to enjoy the most of the birds of Europe.

We started from the Agia Paraskevi area and continued to Eressos and Sigri for some of the island west’s specialties. The afternoon found us back in the Kalloni Salt Pans for some wetland birds. 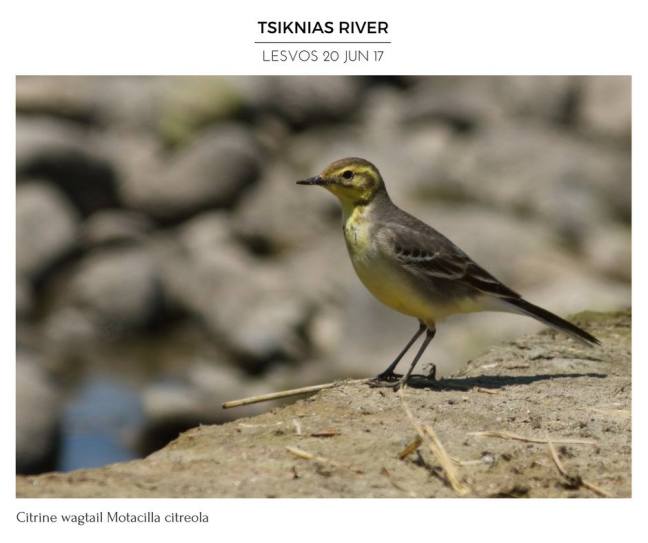 A total of 99 different bird species were recorded. 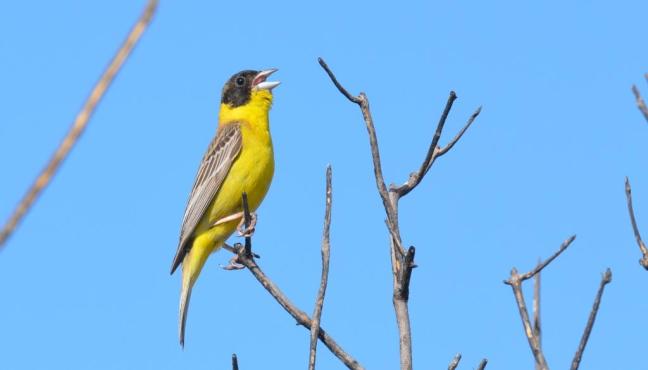 Hans and I spent the day in the vast garrigue areas of Western Lesvos (Agra and Sigri). Our main target was the Cinereous Bunting and the birds found in this specific habitat. It was a windy and relatively cold day but we managed to get what we wanted. Fantastic photos of the Cinereous Bunting, Chukar, Linnet and a bird Hans had for the first time photographed: the Wood Lark. We also found: BLUE ROCK THRUSH (a male singing and displaying for a long time), Sombre Tit, MASKED and Woodchat SHRIKES, CRETZSCHMAR’S BUNTING, ISABELLINE WHEATEAR, Ruddy Shelducks, Rock Pigeons, Orphean Warbler, Collared Flycatchers, Short-toed Eagle etc.

The highlights of this half-day (08:30-14:30) guided birding trip around SIGRI and ANTISSA areas were:

The highlights of this full-day (08:30-19:30) guided BIRDING PHOTOGRAPHY trip around AGRA, ERESSOS, SIGRI and ANTISSA areas were:

This trip was part of a 3-day Lesvos trip (a Northern Greece trip extension) for Birding Ecotours. View the full trip report here.