I had 5 half days out with Fiona a very experienced “globe-birder”. We were around the most representative habitats of the island with lovely weather and good birds, even with zero summer visitor species.

Here are some photos of our birding: 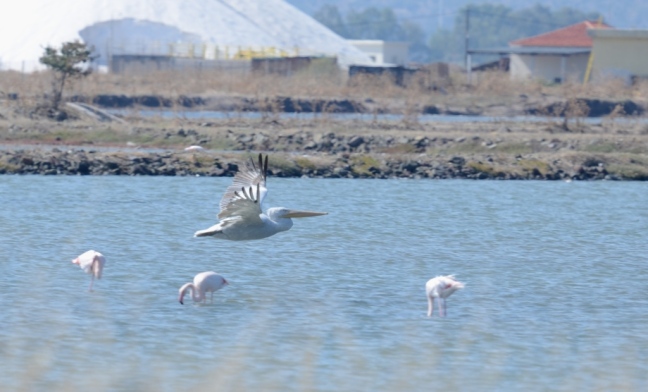 All summer visitor birds are gone by now from Lesvos. Spending half a day around the north coast of the Kalloni Gulf gave some very good birds, especially for Lisa H. that came from the USA. We went around the Kalloni Salt Pans and some of the estuaries of the area and also spend sometime in the nearby pine forest.

K. Kong and his friend came to Greece all the way from Singapore and visited Lesvos for a few days for birdwatching. We arranged a half and a full day birding with them (13 & 14/10) around Western Lesvos, the wetlands of the North Kalloni Gulf and the central pine forest area.

More details on the birds found in the Kalloni Salt Pans can be found on e-bird.